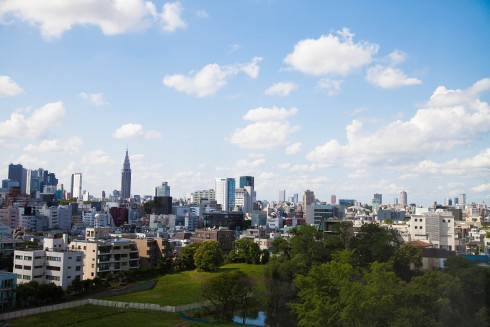 Specially built elevators will be part of a new showcase space Mitsubishi Electric is building in commercial district Ginza 5-chome in Tokyo. The 908-m2 METoA Ginza is scheduled to open in spring 2016 and will include an event and exhibition area, a café and displays. It represents the first time in nearly 30 years for the company to open such a facility in the area, and is expected to attract visitors from both Japan and overseas. Shigeru Kubota of Kubota Architects & Associates designed the space.

A new, US$2.4-billion subway station that is part of the No. 7 train extension to Manhattan’s Far West Side in New York City (NYC) opened on September 13, nearly two years behind schedule, the New York Post reports. Among the most expansive stations in the system, it includes five high-rise escalators and two custom-built inclined elevators from upper to lower mezzanine, along with an elevator from lower mezzanine to platform. The intricate design of the inclined elevators was one of the reasons for the delays.

Edward R. Kape, Sr., owner and operator of Dodge Elevator Service in Grand Rapids, Michigan, for 35 years and retired from Otis, passed away on September 3 at the age of 88. He is survived by children Randy, Cindy, Steve, Barb and Edward; 12 grandchildren; 20 great-grandchildren and two great-great grandchildren. A memorial service was held on September 6. Donations in Kape’s name may be made to the Humane Society of West Michigan.